The Weird Relationship Between Cannabis And Travel Nurses 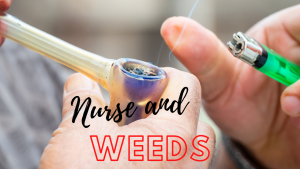 It’s quite an unpleasant surprise when a travel nurse is forced to pay fines as a result of testing positive for cannabis that they purchased and consumed legally. However, that’s the current reality on the ground facing healthcare providers despite the scientifically proven medical benefits that are associated with Cannabidiol (CBD) and TetraHydroCannabinol (THC) products.

Can RN Smoke Weed In Colorado?

1. A Majority Of Employers Are Stubbornly Conservative

The infamous 2015 ruling in the Coats vs Dish Network case is a strong indicator of the attitude employers have towards employees who partake of the herb. Most people are quick to assume that THC has long-term effects on the brain because of how long it takes to disappear from the body. Drug tests can detect this cannabinoid several weeks after a person smoked a joint or ate a medicated edible.

2. There’s A Bill That’s In The Works To Protect Employees’ Rights For The Recreational Use Of Cannabis

House Representative Jovan Melton in partnership with other bold legislatures teamed up in January 2020 to prevent employers from firing employees who smoke. This law will also protect employers from practicing bias during job interviews because some nurses prefer smoking joints to sit in pubs after leaving work.

Colorado allows patients to legally consume marijuana products under the legal prescription of doctors. In November 2019, the state laws changed to grant Registered Nurses (RNs) the powers to prescribe THC and CBD medicinal products to patients with conditions that fall within a specified category. Lobbyists in the medical industry have used these amendments to push for the rights of healthcare providers to also benefit from the medicinal aspects of cannabis.

Can Nurses Smoke Weed In California?

Despite the similarity in being the first states to legalize the recreational use of cannabis, travel nurses should be aware of the difference in cultures.

The Proposition 64 Bill that received a landslide vote in 2016 allows medical marijuana cardholders to legally grow a maximum of five plants in their place of residence. It also opened the door to several freedoms related to the recreational use and possession of cannabis. However, employees cannot use it as a defense in court when unfairly dismissed by employers who are anti-cannabis.

Some private medical practices allow their employees to enjoy cannabis after leaving work thanks to Prop 64. However, the tone changes if an employer receives a complaint from a patient concerning a healthcare provider that treated them while smelling marijuana. The punishment is severe because once reported to the state board, a nurse can lose their license in addition to getting fired.

Can Nurses Smoke Weed In Arizona?

The Timothy Costello vs Valleywise Health lawsuit that occurred in February 2020 caused ripples across the medical industry countrywide. It was quite a pleasant surprise when the court ruled in favor of the Emergency Room nurse and also led the hospital to change its biased drug testing policies.

Cannabis consumers aren’t allowed to drive motor vehicles while under the influence of THC products. It’s easy for a nurse to lose their job when his or her employer finds out that they’ve been arrested over a cannabis DUI. The same can also apply during a job interview.

What Is The Best Approach To Avoid Conflicts With Employers Over Cannabis?

Compliance Is The Best Option

It might seem quite unfair that friends and family who are non medics get to enjoy the rewards of cannabis legalization as you watch from a distance. However, it’s better to focus on the bigger picture in terms of having the ability to progress in your career and work with different employers.

On the other hand, you can safely enjoy regulated doses during official vacations and still have enough time to detoxify for the next random drug test.